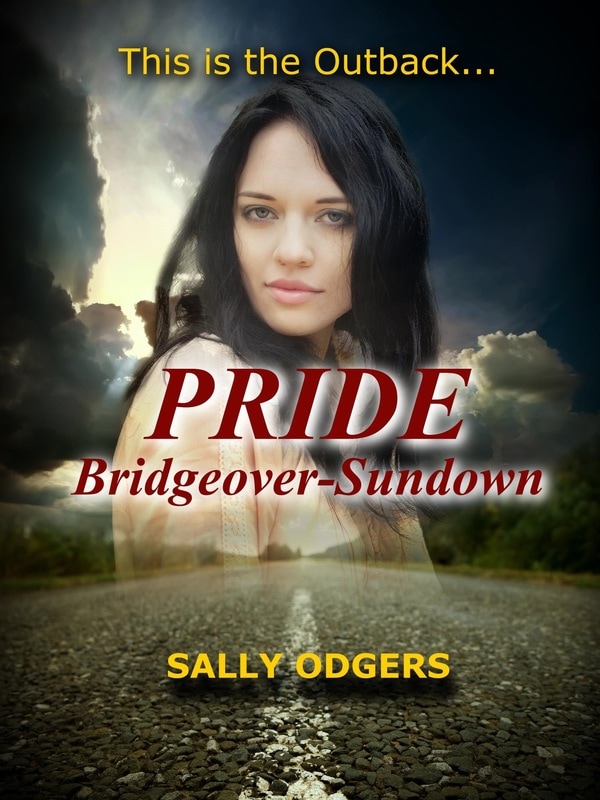 Pride Bridgeover-Sundown was first published in 2007. The cover above is the tenth anniversary cover. The old one is below.

Pride is a surreal fantasy set in 2027 at a time when the nanny state is out-nannying itself. Glen Steele is seventeen. At this age his ancestor Arthur was fighting at Gallipoli. Glen himself is stuck in what feels like an everlasting childhood. Having got a driver's licence by the skin of his teeth before the age for driving was raised, he borrows his sister's car and takes off.

As the blurb put is:
It's 1915 and Arthur Steele lies bleeding in the sand. Gallipoli is not where he wants to be. He's just a boy, but he's had to be a man

Glen takes his sister's car and sets off on a trip that will take him right out of his life, and into the mysterious world of the Outback. It's all surreal, a place of ghosts, and in the blazing shadows the legends come to life.

Glen meets Arthur, caught between life and death. Arthur can't go home anymore. Maybe Glen still can... but does he want to?

Below is the original cover and write-up for this book
​ 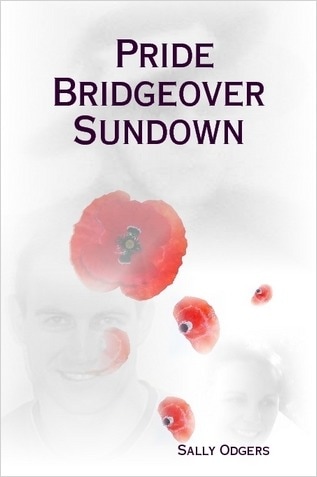 It is 2027, and Glen Steele is struggling with a family  tradition that boys of his family are men at 17. Glen borrows his sister's car and takes off on the Outback Highway, but his road trip soon turns into  something stranger than anyone could have imagined.

This is a good book for ANZAC Day reading. I really wanted to name it "The Sundowners" but there is already a famous book of that title, so I went for something equally apt if a bit less catchy.

The PRIDE of the title is both the car Glen borrows (a Bradman Pride with annoying nanny-state qualities) and also the Steele family pride which Glen feels he is letting down through the fault of Modern Times.  Bridgeover is a ghost town that is, and is not... Sundowner is another. As the story has it;
'Bridgeover's the one you come in by, and Sundowner's where you end up.'
Click the link http://www.lulu.com/shop/sally-odgers/pride-bridgeover-sundown/ebook/product-18550836.html to buy this book in PDF or paperback.
SPECIAL!
2014- send an email to sodgers(AT)iinet.net.au to get the PDF version for $2.00
​​